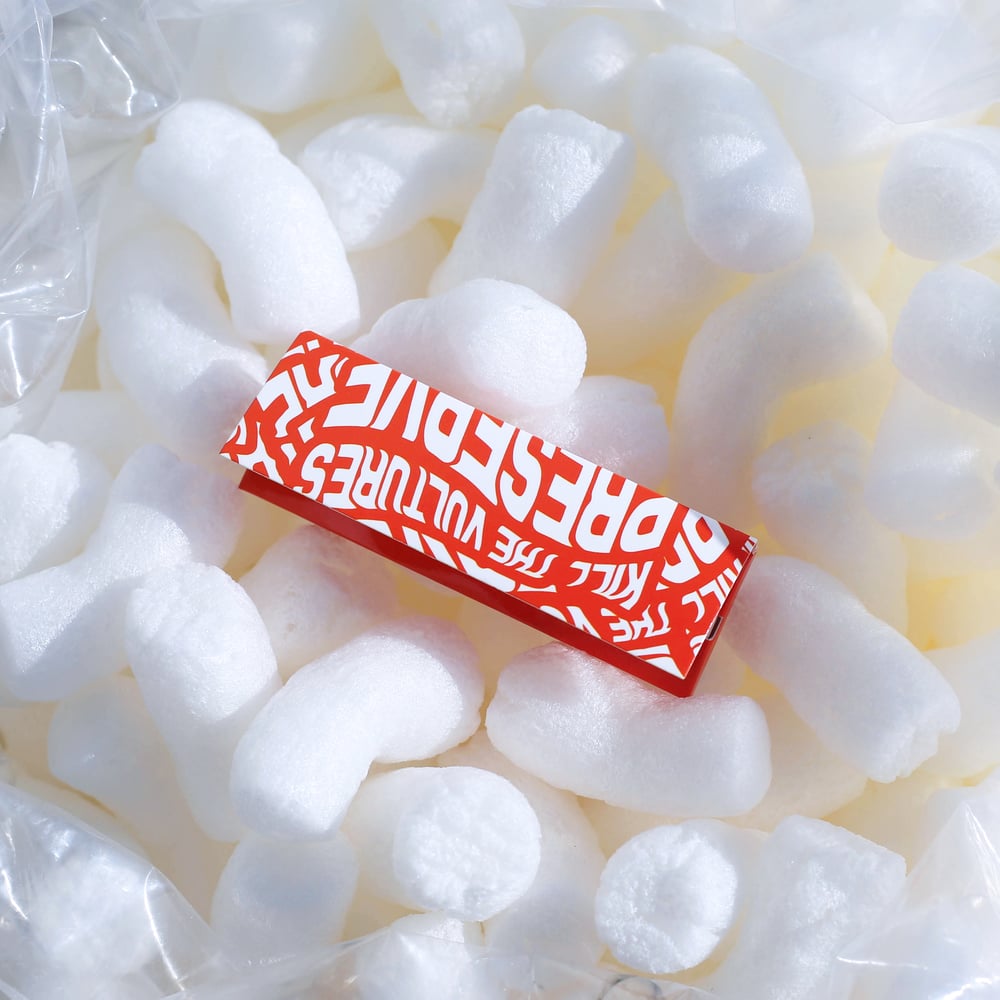 4.20% of the proceeds go to Massachusetts Recreational Consumer Council (MRCC). Fallen Cargo has partnered with MRCC for National Day of Expungement which took place Oct. 27th at District Hall in Boston. Our goal is to combat the negative effects of the War On Drugs and promote equity within the booming cannabis industry. This event is part of a nationwide event called National Expungement Week. That week across the U.S., expungement + other forms of legal relief will be offered to some of the 77 million Americas w/ convictions on their record.

"The War on Drugs Revised" is a piece I have been working on this past year in conjunction with the "Whitewashing Series" I started four years ago. “Pardon Us” rolling papers is merely a chapter to a much larger story I plan to tell. A lot of this work and research has been the early foundation of my art, which led to the development of the Fallen Cargo brand. I will continue to create work documenting the evolution of drug culture from the 1980s to present as it pertains to race. Although, we are currently working on removing the stigma away from drugs and addiction, we have not acknowledged the history, which devastated communities of color. The Crack Cocaine Epidemic (as well as the AIDS Epidemic) parallels with the opioid crisis of today. It is understood that addiction and disease is indiscriminate, but how American society and politics chooses to respond shows clear racial discrimination. Throughout the 80s and 90s, black and brown people were put into prisons for addiction and drug-related crimes at a disproportionate rate. Now that opioids have spread into white suburban communities, it is a national health concern. The response is no longer punitive; it is rehabilitative. The stigma behind addiction is being removed and marijuana is decriminalized. These are all positive steps to improve the quality of life for people. Yet, America has a way of feigning progress by not acknowledging the mistakes of past legislation such as, the Anti-Drug Abuse Act of 1986 and the Violent Crime Control and Law Enforcement Act of 1994. So many families of color have been failed by this country's habit of whitewashing history. Fallen Cargo is not just about streetwear and apparel. The merchandise I am creating is a vehicle to uncover the American history that our society conveniently erases. It is about digging deep into understanding how these power structures skew our stories to push narratives that keep people oppressed.